This year, for the first time, we’ll be showing some short films at the Dover Mini Maker Faire! We’ve dubbed it our short “Short Film Festival” and it really will be short…no more than an hour, including a Q&A with the Directors. We know there’s a lot to see and do at the Faire, but there are a lot of talented local filmmakers doing great work, and we wanted to include them!

The first two films are “Signing” by Gina Catalfo Nelson and “Rocketship” by Alfred Thomas Catalfo. These Dover-based, Father-and-daughter filmmakers have never shown their films together, so this is an exciting first!

“Signing” is a 10-minute short film about a teenage boy who begins to fall in love with his new neighbor, only to find out she is hiding a secret. The film premiered in June 2015 at the TCL Chinese Theaters in Hollywood, CA. Since then, “Signing” has won 4 awards of merit from the Best Shorts Competition, including Women Filmmaker.

“Rocketship” is a 15-minute family drama in which an unlikely bond is forged between a lonely boy and an elderly man claiming to be a former astronaut. The film was an Official Selection of the 17th Dances With Films festival in Los Angeles, one of the industry’s premier showcases for emerging talent. “Rocketship” is inspired by the rocketship sculptures of local artist David Random. 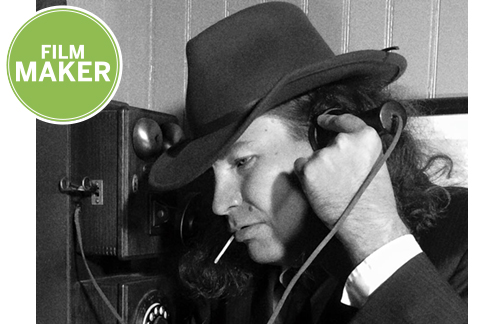 The third film will be a short excerpt from “The Man Who Wasn’t Tex Magru” by Narrow Street Films. This film follows the comedic exploits of a young man trapped in a dangerous situation involving gangsters, thugs, and kidnappers. With no where, or no one to turn to for help, young Wayne Young must stand up to stop the bad guys, save the girl, the day and hopefully himself. Made in the classic style of Abbott in Costello ‘Tex Magru’ is a fun film for the whole family.

The films’s Directors will all be on hand to answer questions from the audience at the end of the viewing. Then, as an added bonus, stick around for a stunt fight workshop with the stunt crew from Narrow Street Films! They’ll show you how to create a dangerous (looking) fight scene.

All this is included in admission to the Saturday, August 27 Dover Mini Maker Faire. Don’t wait to buy your tickets! They’re only $10 online, but cost $12 at the door. Kids 5 and under get in for free.