Did you know that the Dover Mini  Maker Faire on Saturday, August 27 is not necessarily something you have to do with the kids? We know, we know…it’s being organized by a Children’s Museum, and we get how that looks. But seriously, over half the people who visit the Faire come sans kids! Adults, teens, grandparents, kids, robots…we promise we’ll have something to inspire all ages!

Can you think of any other fair where you can see a Jawa in a Yellow Submarine? The New England Garrison, a group of folks that are part of the 501st Legion Star Wars costuming fan club, will be roaming the Dover Mini Maker Faire again this year! Friendly Stormtroopers and more will be on hand, learning from Makers and of course…looking for those droids! 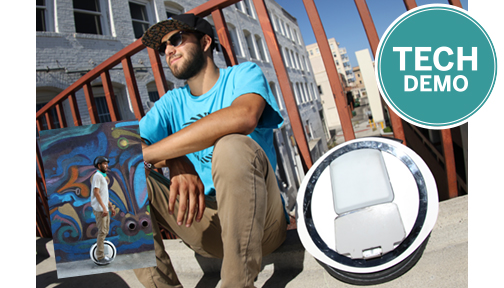 Segway is making their first appearance at the Dover Mini Maker Faire! Discover their innovative and energy conscious products. Whether you’re developing a robotics app, taking on a new adventure, exploring the sights or focusing on improving employee productivity, it’s more fun to do so with style. Simplify your world and enjoy work and play that much more with Segway! 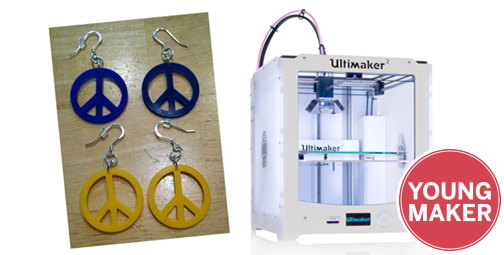 Tanya and Lauren Violette, members of a talented family of inventors, will be creating 3-D printed earrings on their Ultimaker 2. We will have various designs, shapes and colors to choose from.

Sean Violette, another member of a talented family of inventors, will be showing off his Compressed Air Powered Marshmallow Shooter. It shoots marshmallows over 100 feet at approximately 120+ mph! Sean will also share his motorized paper air plane launcher that he demonstrated on the Tonight Show with Jimmy Fallon last year!

Lowell, MA is organizing its first Kinetic Sculpture Race, to be held on September 24. Kinetic sculptures of all shapes and sizes will race through the streets of Lowell and even brave the waters of the Merrimack River! We’re excited to have one of the teams building a sculpture for this race, Team Think Tank, and the race organizer himself, Michael Roundy on hand at the Dover Mini Maker Faire! Come by and see the progress Team Think Tank has made and learn more about the race.

The Narrow Street Films stunt team has been creating stage and film action pieces for close to ten years. Members have some impressive training including military training, weapons handling, guns, knives, swords and bo staff handling and much more. Members of the NSF Stunt team will be hosting a workshop on the ins and outs of making a cool, dynamic, and dangerous (looking) action scene!

Discover the world of forensic science! St. Thomas Aquinas High School demonstrates the process by which criminal evidence is collected and processed. Learn how math, science and even your body can play an important part in helping police officers solve crimes. CSI has landed in Dover! 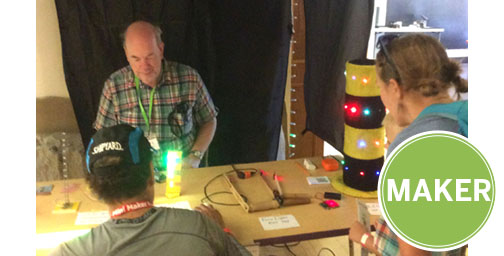 Corky Mork is a “Maker” in the truest sense of the word. “I’ve been a Maker of electronic and mechanical things long before the term was popular,” he said. Not only that, but Corky has been a Maker presenter at the Dover Mini Maker Faire since its inception four years ago! He’ll be back again this year showing off more of his fun creations, as well as his collection of unusual robotic toys.

This year the NH LEGO League will be debuting a brand new LEGO Robotics game for students from across NH to compete in next spring. The game will be the first in a series of challenges that will crown New Hampshire’s best LEGO robotics team. The game uses LEGO Mindstorms robotic equipment and in a hands-on competition that has been called the fastest 300 seconds in LEGO history.